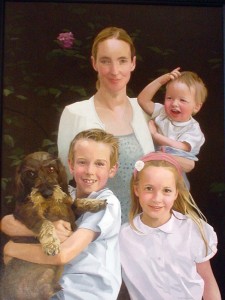 In 972 Pons-Arbald, cousin of the Comte d’Apt and comrade in arms of the Comte de Provence, Guillaume le Libérateur, during the victory over the Sarrasins at La Garde Freinet, affirmed his domination over the vast territory of the Haut Verdon by building a fortress on the cliffs at Castellane. A descendant of his appeared in a document for the first time in 1089 under the name of Bonifacius de Petra Castellana.

In the 12th Century the Baron de Castellane ruled over a large part of Haute Provence, with the right to mint money and administer justice.

In 1146 came the first uprising by a coalition united by the Baron de Castellane against the Comte de Provence Raymond Bérenger II. Beaten, Boniface II had to submit to the ceremony of homage, bare-headed with hands together, down on his knees.

In 1218 Boniface V married Agnès Spada, heiress to the fiefdom of Riez, and gained possession of the whole Bas Verdon region including a share of the fief of Esparron with the d’Esparron family. Boniface then built the 30 meter defensive tower which still overlooks the village.

Before the final assault on the fortress at Castellane he had time to write: 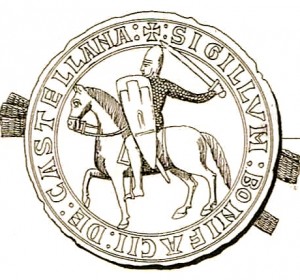 “If one day I meet his agents (the Comte de Provence’s) who fight against me, I will kill them: I will smite them until my sword is bloody and my lance almost in pieces. And he who will give up the fight, wrongly, and try to flee, if I do not kill him I promise never to lie down again with my wife who I love above all.”

In 1448 Raymond de Castellane married Alix d’Esparron and from them Esparron became the sole property of the Castellane family.  The great stone spiral staircase was then  built to merge the two castles in one.

In 1780 Joseph Jean-Baptiste de Castellane (1704-1790) finished re-building the south-east wing of the château. He had no children from his marriage to Julie de Simiane (great-granddaughter of Madame de Sévignié) and so passed the château to a nephew, Joseph Léonard de Castellane (1761-1845).

During the Revolution Joseph Léonard emigrated to England, in 1791. The château was confiscated and sold by the state, and Joseph Léonard’s wife, Charlotte d’Andrieu de Moncalvel, divorced him temporarily in order to buy it back.

In 1989 Louis-Provence de Castellane, Marquis d’Esparron, having no male heirs, gave the château to his nephew Bernard, whose children Boniface, Rose and Pierre make the 32nd generation of Castellanes.

Some notable figures connected to the family 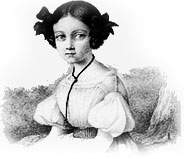 Henri-César, Marquis de Castellane Majastre (1733-1789) commander of ‘Le Marseillais’, a 74 canon vessel, took part in the decisive victoire navale décisive de Chesapeake in 1781 against the English fleet during the American War of Independence.

Michel-Ange de Castellane, Ambassador to the Sublime Porte for Louis XV and owner of the château de Villandry

Maréchal de Castellane 1788 – 1862 : participated brilliantly in Napoléon’s military campaigns, rising from corporal to colonel in the Russian campaign were he lost his right hand to frostbite.Under the Second Empire he was military governor of Lyon, and was made Maréchal de France on 2nd December 1852.

Secure Payment
Availability & Booking
We use cookies on this site for statistics, content sharing and to enhance your user experience.OkNoRead more